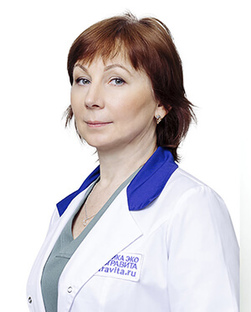 2003 – Specialist training in 'Extragenital diseases and STD during pregnancy and gynecological disorders'.

2005 - Specialist training in 'Ultrasonic diagnostics in obstetrics and gynecology'.

2007 – Obtained the highest qualification grade as an obstetrics and gynecology doctor.

2008 - Training at the Peoples’ Friendship University of Russia, Moscow.

2013 - Specialist training in 'Obstetrics and Gynecology' at the Russian Medical academy of postgraduate education of RF Ministry, Moscow.

Free consultation
Altravita Clinic occupies leading positions in the field of reproductive medicine, the treatment of female and male infertility, cytogenetic and molecular-genetic studies.
This site uses cookies. By continuing to use the site, you agree to this. Details about the processing of your data can be found in the privacy policy. I agree